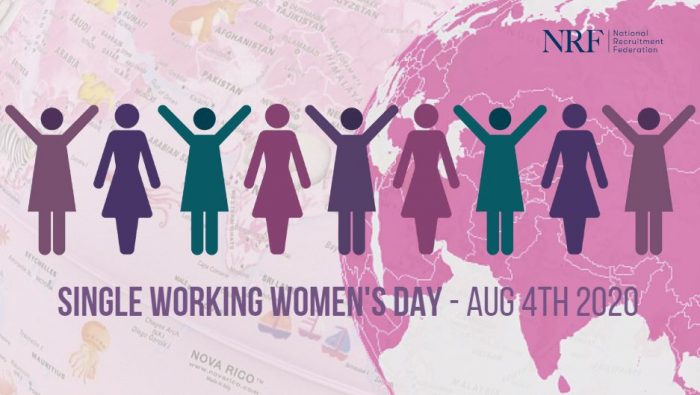 On discovering that Tuesday 4th August is Single Working Women’s Day, PR guru Sharon Bannerton takes a somewhat sardonic look at what she terms the latest ‘Day’ in the life of contrived holiday nonsense from the other side of the pond!

Single Working Women’s Day had to be a U.S construct; I checked it out – it is!

Not one of their better ones; although I also discovered White Wine Day, Watermelon Day and Fresh Breath Day, all of which would appear to have as much, if not more, merit.

It is described as a day reserved to recognise the important role that single working women play in our communities and societies.

I am not totally sure if these people are significant because they are single, or they are working, or they are women, or any combination of the above.  Qualifying as all three, however, I deemed the subject worthy of further investigation.

So many questions!  Is a day off work in order?  Where can I get a Hallmark card for my sisters in single working womanhood, and, if the Government hears, do the single (not currently) working women of Ireland get a bonus on top of their PUP allowance?

You know, just to pay for all those sunshine holidays, doubling as essential travel, in Estonia and Finland!

I read on, and see that the 2006 founder of Single Working Women’s Day, Barbara Payne, wanted to recognise the important economic and social contributions of single working women with a holiday that celebrated their ‘achievements, creativity, and courage’.

She goes on to talk about a day that should be devoted to ‘celebrating happily single women who are gainfully employed’.   Damn it, you have to be happy too!

Is this person related to our newbie Cabinet Ministers who, when they find themselves in a hole, just can’t quite let go of the shovel?

Now don’t get me wrong; I am a massive advocate of International Women’s Day as a platform to talk about gender equality, equal rights and opportunity.

It is not whinging feminism to want to address issues such as gender pay gaps and equal opportunity in top jobs, and to drive awareness of shocking statistics around violence, hunger, homelessness and discrimination suffered to varying degrees in different societies and cultures around the globe.

But, essentially, don’t we want equality for everyone?  Isn’t an equal society, where all people are free to determine their own path and their own contribution, the ultimate goal?  Can we not acknowledge, support, encourage, celebrate and look after everyone?

Maybe I am naïve, but my gut reaction to Single Working Women’s Day is that it is patronising and outdated.  Are we to allocate worth or value to a woman according to whether or not she is in a relationship, decides to work outside of the home, to raise children or mind family, or to herd goats on a mountainside and grow her own vegetables!

Yes, the fact that we have societies where women are prevented from pursuing a career or education, simply because they are women, is unacceptable to my western sensibilities.  But, in these instances, I think it is gender alone that is the issue, and not even a perceived value attached to the women being single or ‘married’.

Neither being single, nor in a relationship, precludes happiness and satisfaction with life, or the ability to contribute to your own betterment or to that of society.  Similarly, the decision to work and to earn a living, or to depend on others, is a personal one where a judgement of right or wrong is meaningless and potentially offensive. Some of the U.S commentators on this relatively new calendar date describe Single Working Women’s Day as a ‘fun observance’.  By all means have fun, but let’s keep some perspective on values that are truly worth celebrating.

Although, for a country that also celebrates National Old Maids Day, (June 4th; put it in the diary folks!) maybe that’s asking a little too much!